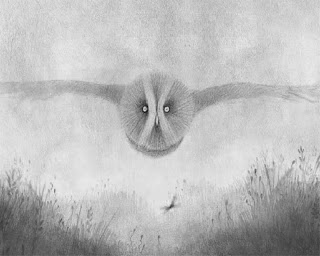 Volgens de volges (According to birds in English) is the new animation production created by Linde Faas, a 23 years old animator from St. Joost Art Academy. She was awarded with the Sint Joost Academy Award for this film, featured these days in Animacam.tv. She won the Holland Animation Film Festival (HAFF) in the student competition.

The morning dawn reveals an great grey owl. With his arrival the birds awake, filling the woods with their sounds and movement. Their little rituals make the forest a rich and powerful place. But as with all things, it only lasts for a moment. This´s the matter of Volgens de vogels, we can prove that it shows the important of the nature, one of the favourites themes of the author.
Publicado por Unknown en 11:03