Erick Oh is an award winning animation artist based in Los Angeles. He was born in San Francisco, USA in 1984, but grew up in Korea. His work includes not only animation but also
painting, illustration, photography and installation.
He received a BFA in fine art at Seoul National University, Korea in 2006.
He then spent the following year funded by a Seoul Animation Center grant in Seoul where he produced videos and animations.
He is currently enrolled in the MFA film program at UCLA, continuing his study in animation.
He is participating with us in Animacam, and it´s a pleasure for us broadcast two of their several animation productions:

' Welcome to Vokle ' is created as an official commercial for the new conceptual website (launch in summer 2009). By covering the whole history of communication and media, I showed how
humankind has been interacting with one another to reach the true answer of life which is illustrated as a red ball.

' Symphony ' is a short film that portrays a sentient creature trying to escape from a reality of being swept away and assimilated into the mainstream, regardless of its own will. The topic of this abstractedly crafted animation applies to anything that struggles to be free. It can be a phenomenon occurring deep within the mind, or an individual confronting the standardized
masses. 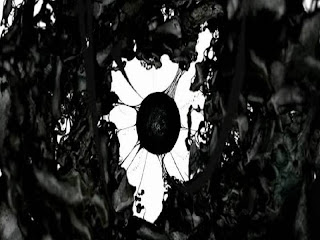