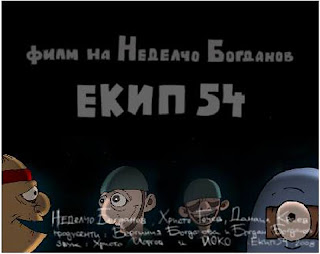 This is a story for the power of the real friendship…
A real friendship between four soldiers. But they are in the battlefield and the battle become…
That´s the matter of Crew 54, a short film created by the bulgarian animator Nedelcho Bogdanov, who was featured his animation works in several and important festivals and markets.

Using the traditional 2D, Nedelcho finds a true and lovely story, where love and fight are mixed in equal parts and where everybody has his own heart and thinking. Different ways of love, differents ways of think. Fifteen minutes of passion and hate, friendship and panic... Mixed different feelings that make this Crew 54 a short film recomendated to see!
New release in Animacam!
Publicado por Unknown en 17:50