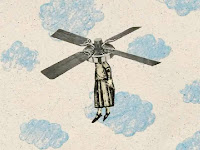 Danas Berznitsky is an Israelian animator who is placed in United States. He has studied in Telma Yelin Art Gymnasium from Israel and he got his master's degree in Graphic Arts at the Vilnius Art Academy of Lithuania. He has worked as art director, flash animator, storyboard artist in different projects in Lithuania and Israel and he developed his own art projects in video art, books designing and non commercial shows and arts exhibitions. 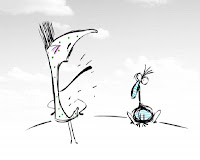 He is now introducing two animation works real interesting and real different among them: Lalala is the story about Danas and Pavarotti: they're trying to get on with each other but it's not possible. Good opera and bad digestion.

He has also featured in Animacam his video-art work Hypnosis: is part of a 4 pieces video projection, created for a live concert by Daniel Sinaisky. This is rather a Video Art, than a Music Clip, although uses animation techniques. It was screened on the back wall during the concert - all the music was created and played live by Daniel Sinaisky.
Publicado por Unknown en 18:05